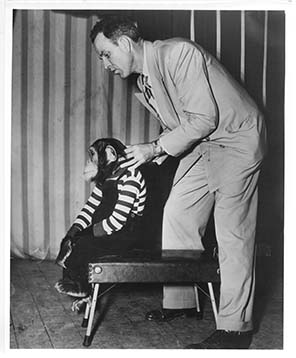 What is Animal Chiropractic?

In his 1899 edition of The Chiropractic, D.D.  states that chiropractic is good for horses. Early on, it was argued animals have individual vertebral bones that subluxate and cause nerve pressure, and as such animals respond to chiropractic adjustments, just as humans do. At one point, a D.C.V. (Doctor of Chiropractic Veternary) was offered at the Palmer School as a qualification. 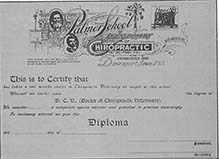 A blank Doctor of Chiropractic Veterinary (D.C.V.) diploma, once offered for a brief time at the Palmer School and Infirmary.