This guide focuses on women and chiropractic. 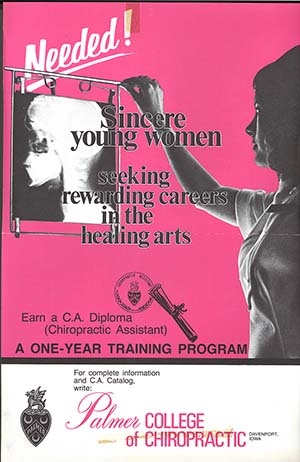 Palmer has been advertising chiropractic as a career for women for over a century. Here is example of a poster from the 1960s/1970s.

Women have traditionally faced obstacles in gaining equality in the workplace. In the medical field, women were not able to become doctors easily. In fact, female physicians were not recognized until 1915. Women were a part of the chiropractic profession from the onset. In D.D. Palmer's first chiropractic class of 15 students, three of them were women.

In 1904, Mabel Heath Palmer graduated from Palmer School of Chiropractic and wrote "A Woman's Appeal to Women", which encourages women to consider a career in chiropractic. She states, "The World Needs Thousands of Women Chiropractors," and Mabel's own example contributed greatly to the influx of women at Palmer and in the wider chiropractic profession.

Palmer has been very active in recruiting women over the years and has continued to graduate many female students in each successive class. 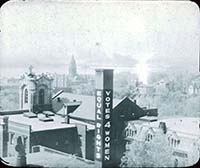