This pamphlet was produced ca. 1920 to promote the chiropractic profession to women.

A Woman's Appeal to Women

Mabel was a leader and inspiration to female chiropractors, her influence clearly evident in her pamphlet, "A Woman's Appeal to Women", which was published in the early 1920s.

In this pamphlet Mabel encourages women to consider a career in chiropractic. She states, "Never before has there been such wonderful opportunities to women for practical service; and in my opinion, there is no better proffession in the whole world so splendidly adapted to women as CHIROPRACTIC." She asks women to "think of the children" and to tap into their "feminine qualities of patience and sympathy" in order to help the ailing and ultimately "to grow intellectually, socially and financially."

The Appeal also states emphatically that "The World Needs Thousands of Chiropractors," and Mabel's own example contributed greatly to the influx of women at Palmer and in the wider chiropractic profession. Palmer has been very active in recruiting women over the years and has continued to graduate many female chiropractors in each successive class. 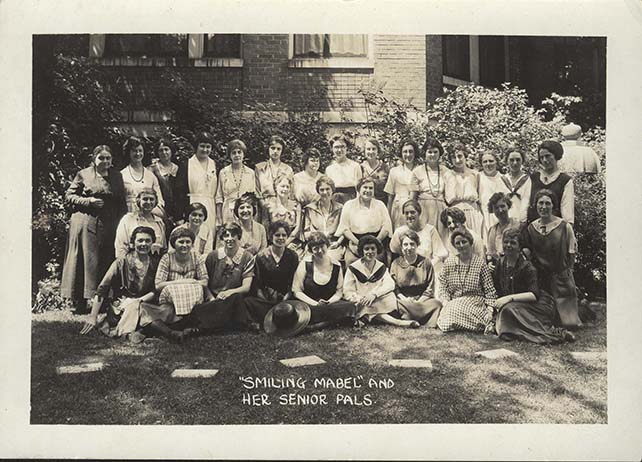 Mabel Palmer with a group of female students.